In the midst of planning the World Humanitarian Summit for the United Nations Secretary-General in 2016, Hazami Barmada had a problem. Two of her Summit colleagues (who were on her planning team) were not able to attend the event in Istanbul. They were both legal refugees in the United States, but because of the color of their passports, they were denied entry.

That moment was a catalyst for Barmada, 34. She had been working at the United Nations (UN) for several years, leveraging innovation to build creative partnerships that would give people access to the UN, making the agency relevant to people globally. Of Syrian and Palestinian descent, Barmada was determined to use her education, skill set and capabilities to create positive change in the regions that needed it the most.

In her experience working at the UN, world leaders would gather to have the conversations about critical issues facing the world, but the conversations were very exclusive, leaving the majority of the world out of the loop. In her mind, that needed to change, so she created a solution.

In 2017, Barmada launched the Global People’s Summit, the first online, immersive summit to take place during the UN General Assembly (UNGA). By leveraging technology (and an army of global volunteers), Barmada built a virtual platform that enabled everyday citizens to have a seat at the table and engage in  real time conversations via a digital platform.

In advance of the 2018 Summit, I sat down with Barmada to learn more about her path as an inspirational agent of change and what her future holds. 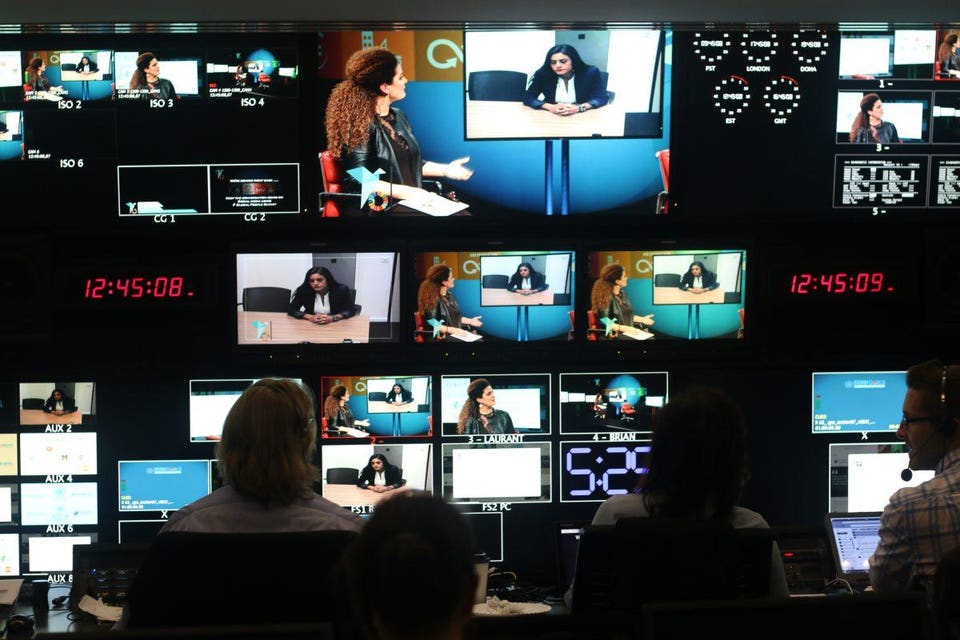 Michelle Martin: Why did you create the Global People’s Summit?

Hazami Barmada: I founded the Global People’s Summit with the deep belief that our development and humanitarian sectors need to change. We do not have spaces for healthy debate or for bringing diverse voices into conversations, and in doing so, we silence people that are the most marginalized and overlooked. Global voices are constantly undervalued and left out of critical conversations that shape policy and decision-making. We keep talking about “giving people a voice,” but people already have powerful and inspiring voices, we just need to create spaces to start listening.

Martin: How did your experience working at the UN inform your thought process when conceiving the Summit?

Barmada: I’m proud of the critical work that I was involved with at the UN, and I was always inspired by the power of the organization to bring together private sector, media, civil society and governments. Yet, in so much of the work we were doing, there was something missing. We constantly designed programs for people, and not with people.

I realized that to make real progress on the most critical issues plaguing our world, we needed to inspire change on a personal level. We are not failing in policy or commitments to make change. We are failing in implementation because there is no shared responsibility or accountability to make progress. 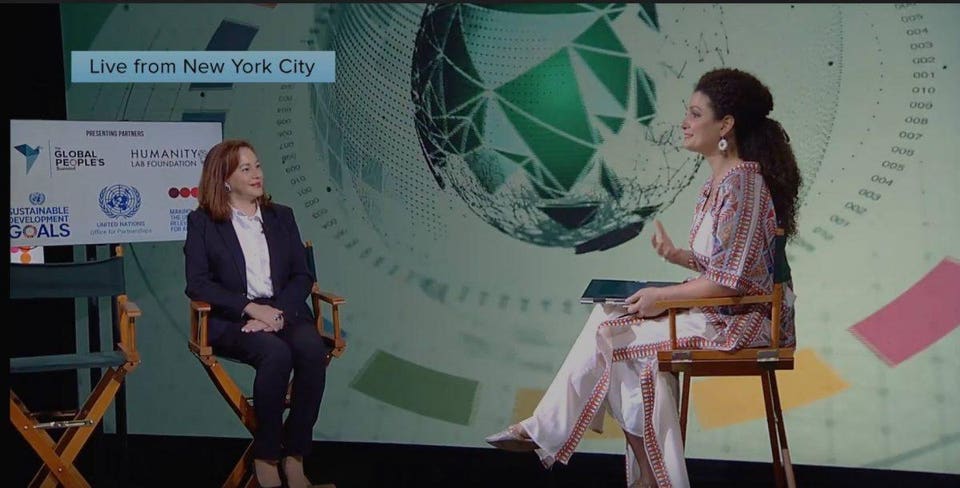 Hazami Barmada, Founder of the Global People’s Summit on stage speaking with the President of the UN General Assembly during the 2018 SummitGLOBAL PEOPLE’S SUMMIT

Martin: And you believe you’ve created a viable solution?

Barmada: The Global People’s Summit was strategically founded in partnership with the United Nations Office for Partnerships to take place during UNGA to create a space to bring global voices to the highest levels of government and decision-making. The collaboration of everyone involved sends a strong message that creating inclusive conversations is critical to achieving change.

Martin: Tell us how the platform works. How can anyone in the world participate?

Barmada: Imagine a conference where the stage is your computer screen and your seat in the audience is behind a laptop or mobile phone from anywhere in the world. Attendees can ask speakers questions, network with other participants, voice opinions, find collaborators, and join conversations around the world.

Nobody is barred because of the color of their passport, their social status or inability to travel. It is a space to which all are invited. This is our way of connecting the dots. We wanted to bridge the gap between access, opportunity and impact– leveraging technology and innovation to facilitate engagement.

Martin: One of your main goals is to unlock human potential. What do you mean by that?

Barmada: Every single one of us is part of creating a safer and more sustainable world. To make real progress, we need small and collective behavior change. To progress on big issues like human trafficking, we can each play a role in taking small but powerful steps like checking the labels in the clothes we wear to ensure they were not made in sweatshops, holding companies accountable.

We all have power to be the change, however as the UN and as development leaders, we have failed to make the global development agenda relatable to people. We all have more power than we realize. My goal is to help people see themselves as a critical partner in change, but also to give people the tools, access and opportunity to be the change they wish to see in the world.

At the end of the day, the Global People’s Summit is about democratizing access to the conversations and information that will shape the world. This year was critical in our growth. The President of UNGA, (Her Excellency, María Fernanda Espinosa, the first Latina President to serve) announced a strategic partnership with the Global People’s Summit (and Humanity Lab Foundation, the umbrella organization of the Summit), that will support the commitment of Espinosa to dedicate her Presidency to making the UN more accessible and bringing global voices into decision-making. This political commitment at the highest levels of policy and government is critical in mainstreaming our work and demonstrating the political will to disrupt the status quo in global engagement. 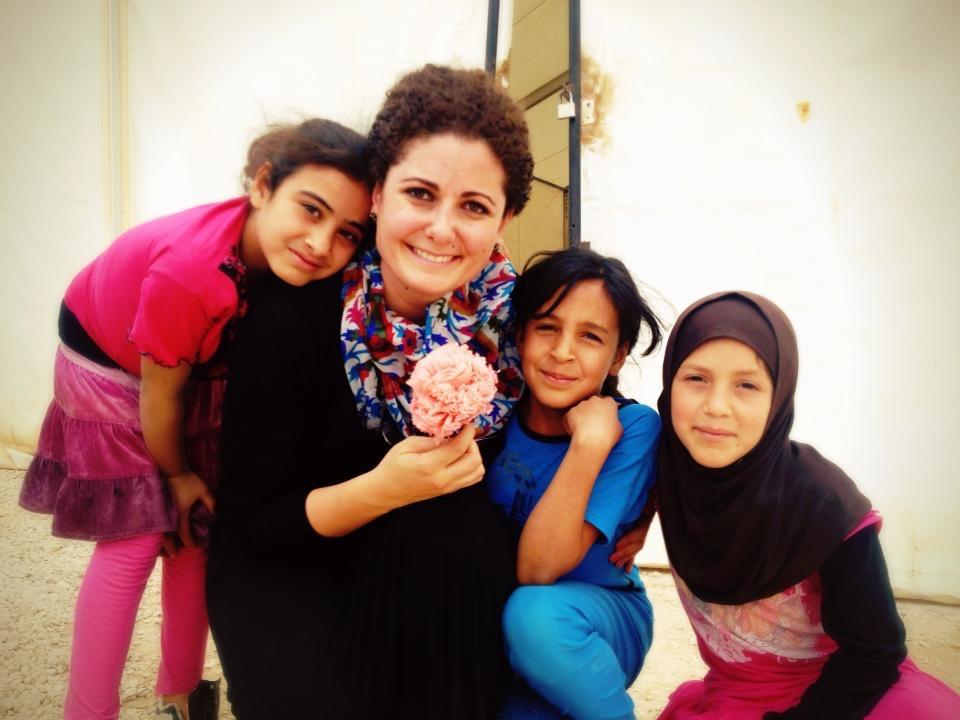 Martin: What motivates you to be an agent of change?

Barmada: My story is not unique. Like many people, I am driven from a place of deep personal pain and a commitment to ensuring that my own story helps provide opportunity for others.

Growing up with a refugee family, migrating all over the world, losing my home in Hurricane Katrina, watching the war in Aleppo, Syria displace my loved ones and destroy memories of my childhood, and living through personal turmoil, has shaped me into the person that I am. My experiences have enabled me to transform my pain into a deep conviction that, as human beings, we cannot tolerate a world that allows so many to live lives characterized by such cruel injustice.

Where we are born, our social status, and our identity, should not determine our access and opportunity. I was privileged to overcome hardship over and over again, which strengthened my conviction to dismantle and disrupt systems that favored those with privilege and access. In a somewhat selfish way, I feel grateful to be able to experience hardship as it has given me purpose and a deep resolve that failure is not an option. Imagine what the world might look like if we all cared just a tiny bit more.