Multitasking is generally seen as a stressor that reduces performance. But busy periods of juggling tasks can actually fuel our creativity.W

Whenever I sit down to write, I like to clear long periods for concentrated work. No emails, phone calls or meetings – just me and the blank page. If I do have to tackle many other tasks, I try to have a short break to cleanse my mind before I begin again. That’s because I always assumed that creativity was dependent on entering ‘the zone’ – and that required a kind of meditative peace and quiet beforehand.

However, it seems I may have been completely mistaken in my approach. According to a  compelling new study, busy periods of multitasking – just the kind of activities I try to avoid – can actually fuel our subsequent creativity. Thanks to a “spillover effect”, the energy and excitement of hectic jobs can lead to more original idea generation.

Importantly, this brain boost seems to apply to many different types of creation – from the generation of original business plans to the culinary flourishes of expert chefs – suggesting that people of many different professions might benefit.

Shimul Melwani, a professor of organisational behaviour at University of North Carolina’s Kenan-Flagler Business School, who co-authored the paper with her PhD student Chaitali Kapadia, says the findings show that we can all be “a bit more opportunistic in the way we use multitasking”. And perhaps we’ll come to see our busiest moments as a force for innovation, rather than a cause of stress.

In the past, psychologists have taken a decidedly dim view of multitasking. Myriad studies have shown that the brain struggles to juggle two activities at once, and instead moves quickly between them – with a loss in accuracy each time it shifts its attention. If you are writing an email as you talk on the phone, for example, you temporarily lose the capacity to process the conversation as you type out the sentence. “You more or less become a little bit deaf,” says Iring Koch, a psychology professor at RWTH Aachen University in Germany. Alternatively, the shift in focus will lead to a momentary lapse in your writing, resulting in a typo or a non-sequitur. For optimum accuracy, you should therefore devote your full attention to each activity in turn. 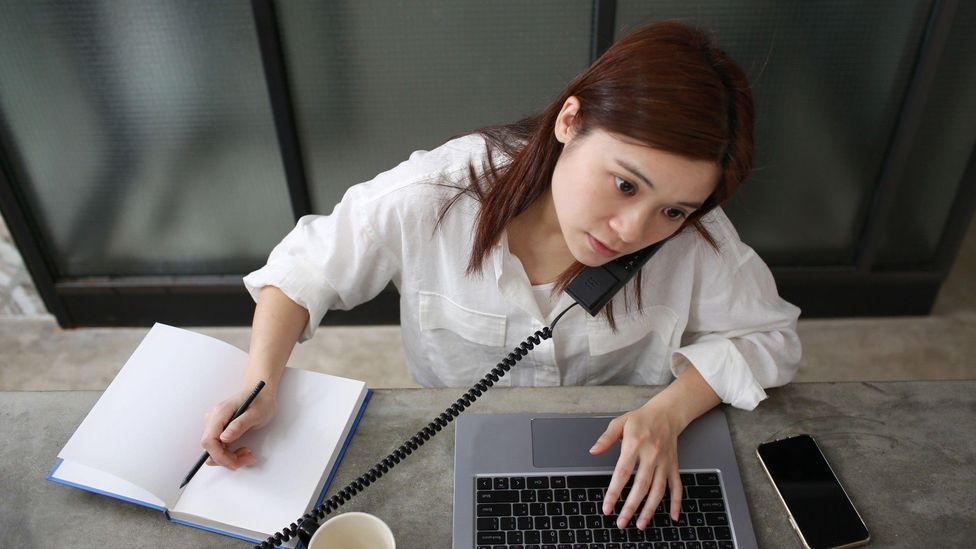 There’s an abundance of research showing that trying to do too many things at once can lead to mistakes (Credit: Alamy)

These studies all focused on the immediate consequences of multitasking, however, whereas Melwani and Kapadia were interested in what came after. Creativity often involves tying together disparate thoughts and ideas, and that can benefit from a more diffuse mindset, rather than a rigid focus. We know, for instance, that asking people to contemplate contradictory ideas and conflicting perspectives can increase the flexibility and originality of their thinking for precisely this reason.

“When people are holding two separate pieces of information in their head, they’re somehow able to act and engage in more creative ways,” explains Melwani – and it seemed to make sense that multitasking could have a similar effect.

Multitasking can also lead us to feel energised and alert. This is reflected in our physiology; the more tasks we attempt to do, the higher our heart rate, for example. That energy, the researchers suspected, could also improve the generation of ideas.

Cooking up a storm

Melwani and Kapadia put this to test in a string of experiments. The first experiment had students take part in a conference call and respond to email. To examine the effects of multitasking, some of the students were asked to answer the email while they took part in the conference call, while others were allowed to do the two tasks sequentially – without any mental juggling.

Afterwards, the participants all took the alternative uses test (AUT) – a standard measure of creativity that involves finding new ways to use a familiar household object, like a brick. They might suggest that it is a paperweight, for example, or a weapon, or a diving aid – answers that were then rated for their originality by independent judges. In line with their theory, Melwani and Kapadia found that the multitasking students did indeed come up with more novel ideas than those who had been allowed to focus on each task in turn.

Importantly, the researchers also tested the participants on a word game that required analytical rather than creative thinking – but saw no improvement in their performance. This shows that there’s something unique about the creative process itself that was affected. 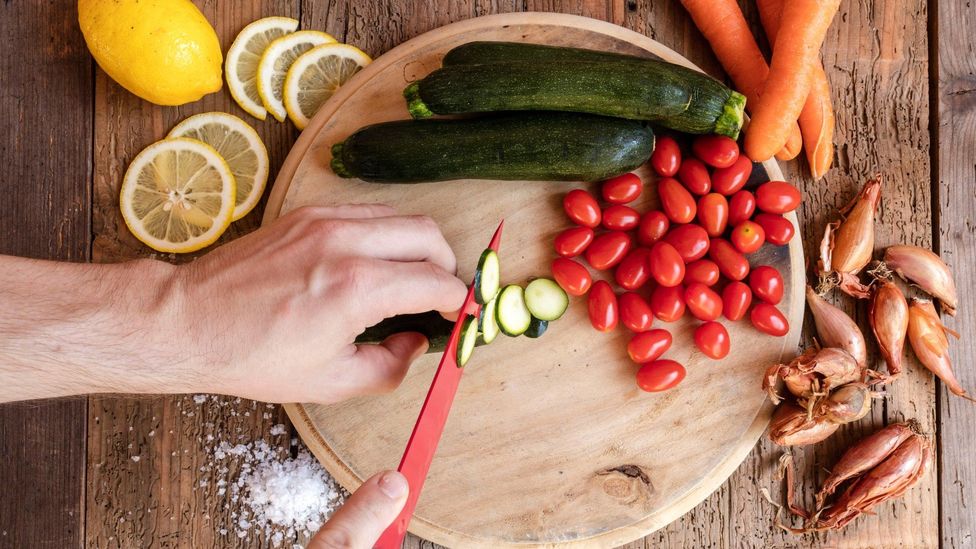 The more you multitask as you cook, the more creative your dishes are likely to be, research shows (Credit: Alamy)

For further evidence, the researchers next turned to the TV cooking show Chopped. In each episode, professional chefs are presented with sets of “mystery ingredients” and asked to design and cook appetisers, entrees and desserts based on what they are given. Cooking each dish requires a certain amount of multitasking – and Melwani and Kapadia wanted to see whether this would affect the chefs’ inventiveness in the next round.

“It was almost perfectly designed for the type of creativity that we wanted to explore,” says Kapadia, who is now an assistant professor at Florida International University, US.

To test their hypothesis, the researchers recruited professional chefs to judge the contestants’ multitasking and the creativity of their recipes. The results were once again exactly as they had predicted. Chefs who multitasked more during the appetiser round designed more original entrées, and those who multitasked more in the entrée round tended to make more inventive desserts.

Intrigued, Kapadia contacted some of the contestants to discuss their experiences on the show. Anecdotally, their experiences certainly seemed to fit with their theory – that the multitasking left them feeling energised, which in turn helped to inspire their later creativity. “It fit with our model really well.” 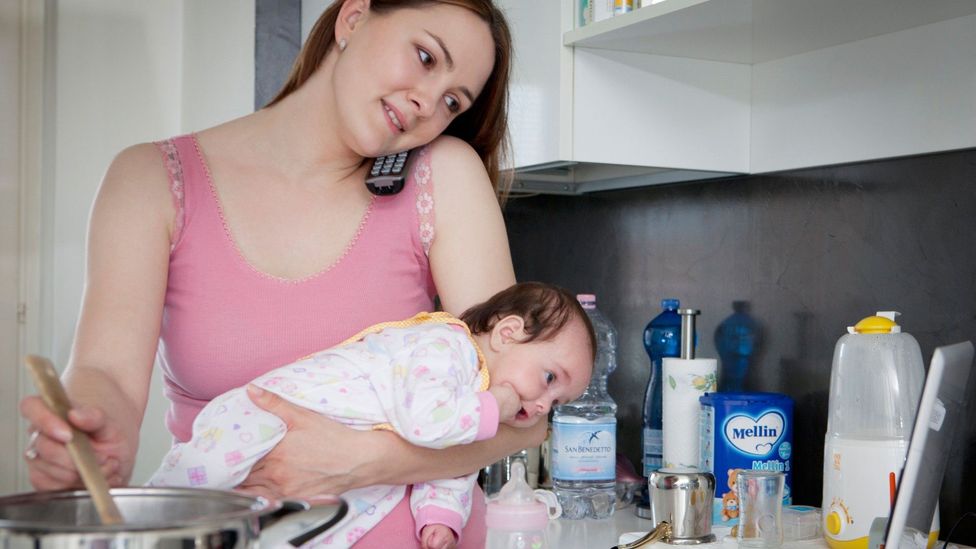 It may be worth scheduling creative tasks after busy periods of activity to take advantage of increased innovative powers, the experts say (Credit: Alamy)

Melwani and Kapadia’s final experiments aimed to tease apart that mechanism in more detail. They surveyed 105 waiters and waitresses at their local restaurants, on both busy (Friday and Saturday) and sleepy (Tuesday and Wednesday) evenings. The staff were asked to assess their energy levels – whether they felt “amped-up” and “stimulated”. They also took the alternative uses test and, additionally, were asked to draw a picture of an alien from another galaxy, which was again judged on its originality. (Those with more human-like features were considered less original than those with unusual sensory organs.)

Confirming their theory, the researchers found that the busier the restaurant staff had been, and the more they had needed to multitask during their shift, the more energised they felt. This, in turn, increased the flexibility of their thinking on the AUT and the novelty of their aliens. Exactly the same “spillover effect” could be seen in business school students designing toys; the more they multitasked, the more “activated” they felt and the higher the quality of their subsequent ideas.

Melwani and Kapadia’s findings coincide with an intriguing study from Stephen Wee Hun Lim at the National University of Singapore. He found that people’s reported levels of “media multitasking” – the habit of sending a WhatsApp or checking TikTok while watching TV, for example – correlated with measures of creativity, such as the AUT. Further research will be needed to prove a causal link, but it is possible that the regular juggling of multiple media could lead the brain to be a bit more flexible in its thinking, he says.

How can we apply this ourselves? Melwani is reluctant to suggest that we should actively pursue more multitasking, if it is unnecessary – since it can increase our stress levels. Instead, she suggests that we are a bit more “opportunistic” in the ways we schedule our days. She has applied this idea herself during the pandemic, using the dual demands of home working and her children’s virtual schooling, responsibility for which she shares with her husband. “My life has involved much more chronic multitasking than I’d ever imagined,” she says.

Melwani now deliberately schedules a more creative task after a period of home-schooling, so that the energy and increased cognitive flexibility will “spill over” into her idea generation and execution. Managers might do well to remember this too: scheduling a brainstorm after another energising task, for example.

Recognising these potential benefits of multitasking might help us to frame our busiest moments a bit more positively. “It could increase our sense of efficacy,” says Melwani. We’ve already seen how procrastination can be rehabilitated thanks to its creative benefits; now it seems that multitasking may be due a similar image change. “It is nice to know that it isn’t always bad.”

Previous articleYou can now get Amazon groceries delivered inside your garage
Next articleMoney & Me: ‘I bought my dad a Dh1.8m Rolls-Royce Phantom for his 65th birthday’