Kartik Pinglé and Jasmine Wright haven’t graduated from high school yet. But they’ve already discovered four new exoplanets and co-authored a peer-reviewed paper. Their paper about the newly discovered planets, which are about 200 light-years away from Earth, was published in The Astronomical Journal in January. “I remember when I came home, and I told (my parents), ‘Oh, I think we discovered a multi-planetary system,’ they didn’t really understand that it was it was kind of a big thing,” said Wright, an 18-year-old senior at Bedford High School in Bedford, Massachusetts.”Once the paper was published and there were a few articles out about it, I had a lot of classmates and friends who were congratulating me, which I was a little bit surprised by — I expected it from my friends, but not random people in my class,” said Pinglé, a 16-year-old who attends Cambridge Rindge and Latin School in Boston. 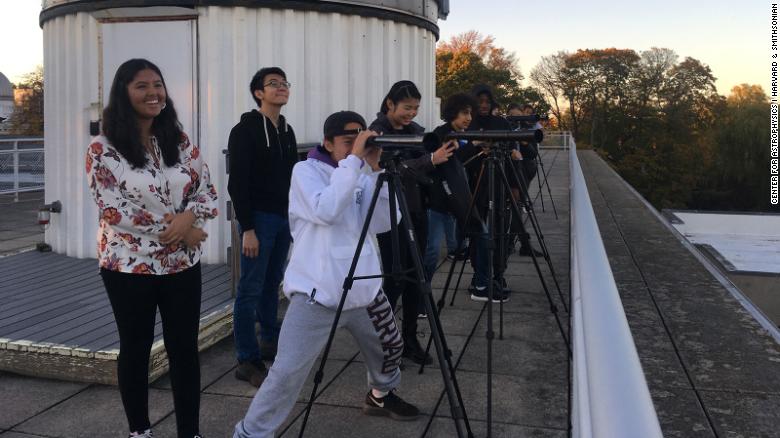 Students can get hands-on research experience through a program that connects local high schoolers with real-world scientists at Harvard and MIT.

What sets this discovery apart

Their discovery is significant because the system has a bright star, more than three exoplanets and can be studied in comparison to our own solar system, said Tansu Daylan, their mentor and a postdoctoral researcher at the MIT Kavli Institute for Astrophysics and Space Research.”This is the brightest Sun-like star hosting more than three planets that cross our line-of-sight,” Dalyan said.The light emitted by bright stars like this one allows for the clear detection of a transit — when a planet passes in front of its star — which matters for researchers who study exoplanets. Systems hosting more than one planet are also intriguing to scientists because they have the same origin and much of the same history, Daylan explained. “The combination of these two is what makes the system fairly unique,” he said.But Daylan said that while bright stars and multiple planets can be found in other systems, many other planetary systems have what are called “low-mass stars.” While these are more accessible for observation-based studies, they aren’t like our star, the sun. That’s where this discovery is different.”When it comes to studying by comparison — that is, studying the atmospheres of planets beyond the solar system around sun-like stars — this is probably one of the best targets that we will ever get,” he said.NASA highlighted the discovery on their website, which dives a bit more into the specific characteristics of one of the planets; describing it as a “scorchingly hot ‘super-Earth,’ more than 1 1/2 times as big around as our home planet … With a likely surface temperature of more than 1,500 Fahrenheit.”

The program that made it possible

Their research was made possible by a program that connects local high schoolers with scientists at Harvard and MIT through the Student Research Mentoring Program at the Center for Astrophysics, Harvard & Smithsonian. Students spend a month together training before they are partnered with a mentor for a year-long research project. Pinglé said their project began with searching for something unique within the data from NASA’s Transiting Exoplanet Survey Satellite (TESS) mission, a space-based satellite that orbits around Earth and surveys nearby bright stars.They spent about two months searching the data and found a multi-planetary system, with planets now named HD 108236 B, C, D and E.Wright and Pinglé never imagined making this type of discovery. “I remember telling my mom about a month into the project that I didn’t think we were going to find anything,” Pinglé said. 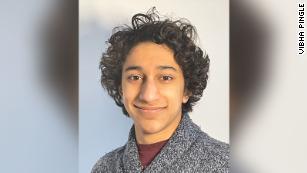 Kartik Pinglé, 16, is one of the two students to make the discovery. He says his love for math has made this project a good fit for him.Working with both students, Daylan said they really had the passion, excitement and aptitude needed for the work.”Kartik and Jasmine have great communication (and) presentation skills — that’s the quality that sometimes is lacking in scientists,” Daylan said. Both students say they are interested in studying astrophysics in college. Pinglé, who still has some time left in high school, says his love for math makes it a great fit for him.Wright is already preparing for this next step following her recent acceptance into the University of Edinburgh’s five-year master’s degree program in astrophysics. She hopes to become an astrophysicist at NASA someday.”I’ve always been fascinated with astronomy, since I was about 7 years old. And as I got into high school, I realized I was really good at math and physics,” she said. Wright encourages other young people to follow their passions as she did.”It’s such an unforgettable experience, their support was really helpful, and I learned so much,” Wright said. “And as for those who want to do something like Kartik and I did, I don’t think that age should matter. “I think that a big thing for some kids is that they’re too afraid to start somewhere,” she said. “But I don’t think anyone should be too afraid to ask for help or make mistakes along the way; that’s how we grow as people, that’s how we learn and that’s how we get better at what we love to do.”

Wright was recently invited to speak with a troop of Girl Scouts around the ages of 7 and 8 who were all interested in astronomy and engineering “They were so adorable and so excited,” she said. “I was getting a lot of messages afterwards (from parents) saying that this is such a great thing for little girls to have someone to look up to — someone who has accomplished this much at a young age.” 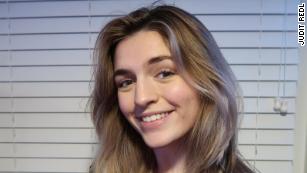 Jasmine Wright, 18, who dreams of someday working with NASA, was recently accepted into the University of Edinburgh.This past week, she also got to speak with five classes of fourth grade students in Lexington.”It really shows them that women in STEM can really do anything that they put their mind to. And I really do advocate for that,” Wright said. Astrochemist Clara Sousa-Silva, director of the student scholar program, said they know from past years that an applicant’s grades don’t correlate with how well they do during the program. “As Jasmine pointed out, there are a lot of stereotypes on who can do science and what they look like,” Sousa-Silva said. “And one of the goals of the program, which Kartik and Jasmine have very much helped push forward, is that science is for those who do it. And that kids can do it too — with the right training and support.”