From Martha Stewart to Steve Madden, Here Are Some of the Most Famous Entrepreneurs Who Served Prison Time

Some of today’s most famous and successful entrepreneurs have spent time behind bars, whether it was a scheme to make themselves an extra million bucks or a teenage crime following them into adulthood.

While Martha Stewart’s five month jail stint is often top of mind for famous faces who spent time in the slammer, Steve Madden, Mark Wahlberg, 50 Cent and Japanese top ramen tycoon Momofuku Ando are other famous names who have paid their dues.

Here are 12 famous entrepreneurs who went to jail. 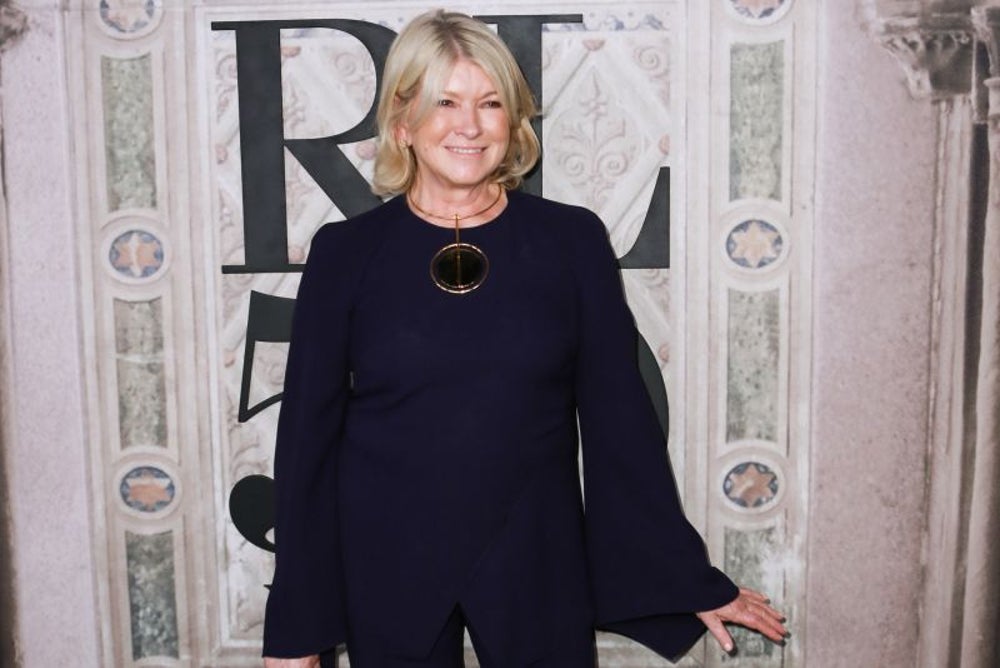 Image credit: Gonzalo Marroquin | Patrick McMullan | Getty ImagesThe world was shocked when America’s beloved home goods extraordinaire Martha Stewart made headlines for insider trading in December 2001. Stewart sold her shares in her friend Samuel Waksal’s medical company, ImClone Systems, the day before the company announced an FDA ruling that plummeted the worth of the company. While the celebrity entrepreneur never faced insider trading charges, she was found guilty of obstruction of justice, making false statements and conspiring to lie to federal investigators. In 2004, she was sentenced to five months in prison, five months of house arrest and 19 months of probation. 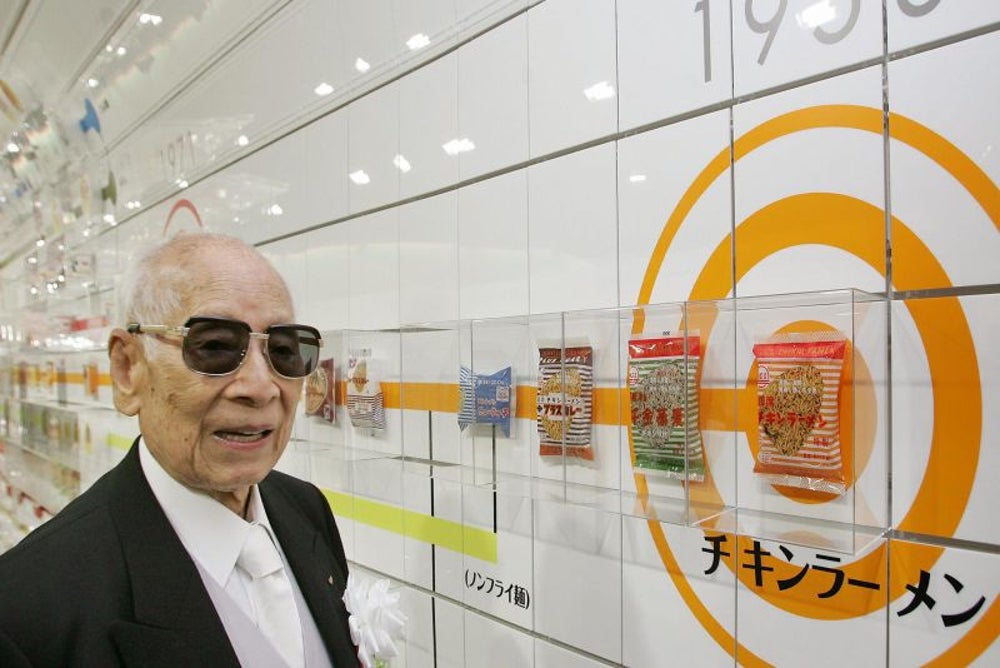 Image credit: KAZUHIRO NOGI | AFP | Getty ImagesMomofuku Ando, the brains behind the college classic instant ramen noodles, spent some time behind bars before coming up with his billion-dollar idea. Ando spent the early part of his career running a textile business, but in 1948, the Japanese businessman had to spend two years in prison for tax evasion, which ultimately cost him his company. After he was free, the entrepreneur launched food company Nissin, which only produced salt at the time. However, after noticing the intense demand for on-the-go noodles in Japan, he expanded and ultimately became the father of instant noodles, instant ramen and Cup of Noodles. 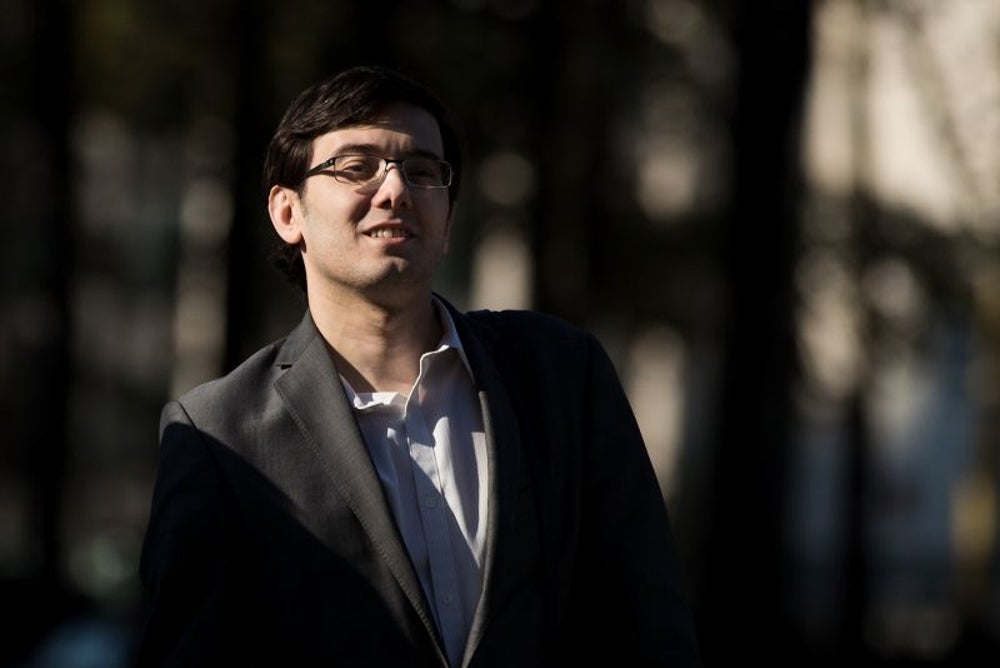 Image credit: Drew Angerer | Getty Images“Pharma bro” Martin Shkreli is the poster child for infamous entrepreneurs who spent (and are currently serving) time behind bars. As the founder and chief executive of various hedge funds and medical companies, Shkreli ran a number of successful, yet scheming companies. While his actions at his company, Turin Pharmaceuticals, might have gotten him the title of “most hated man in America” after he hiked up the price of life-saving drug, Daraprin, from $13.50 to $750, his arrest was actually unrelated. Shkreli was convicted on two counts of security fraud, sentenced to seven years in prison and $7.4 million in fines after lying to his investors at his hedge funds MSMB Capital and MSMB Healthcare. 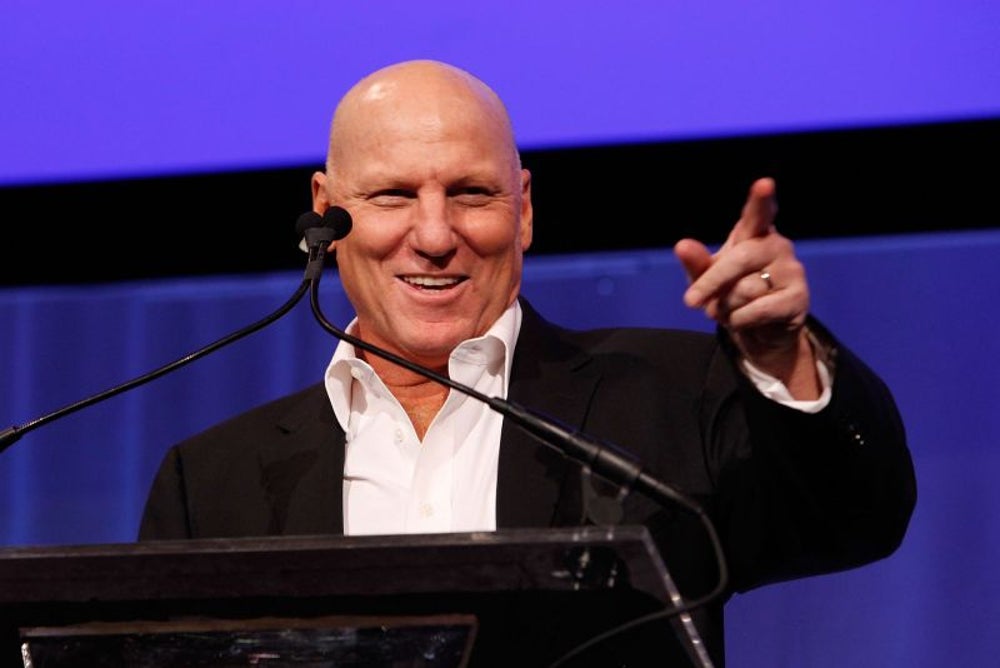 The man behind one of the country’s most popular fast-fashion shoe stores was also once a man behind bars. In 2000, Steve Madden was charged with numerous felonies including the manipulation of 22 public offerings underwritten by the companies Stratton Oakmont and Monroe Parker Securities, as well as his own company. In addition, the shoe titan was arrested for several counts of securities fraud and money laundering. As a result, Madden was sentenced to 41 months in prison and ordered to pay $3.1 million in restitution. 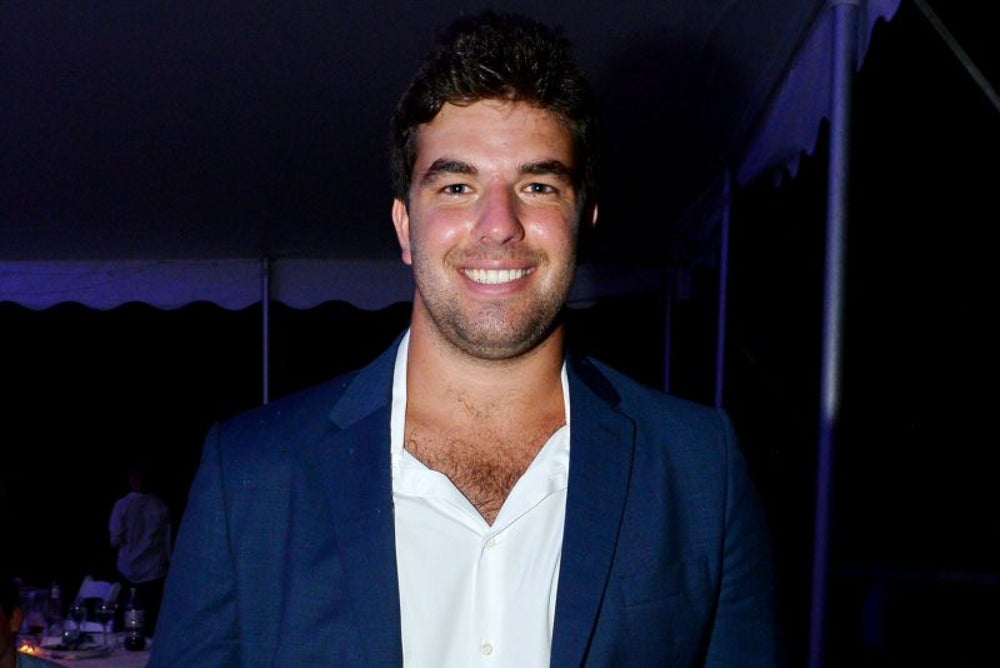 Everyone remembers Fyre Festival: the bougie, tropical music festival promoted by influencers, artists and celebrities worldwide that was a total flop. With an abandoned location, insufficient supplies, food and housing and literally no artists in sight, the festival’s failure went down in history last year. So did its founder, 26-year-old “entrepreneur” Billy McFarland. In March of 2018, McFarland pled guilty to defrauding 80 investors and a ticket broker out of $26 million. While out on bail for his Fyre Festival charges, McFarland faced additional felony charges for fraud, money laundering, identity theft and witness intimidation after it was discovered that he was selling non-existent tickets worth more than $100,000 to various false events, and running additional schemes including a fake rental company, Out East NY, that offered Hamptons home rentals that he had no access to. In October, the court sentenced McFarland to six years in federal prison. 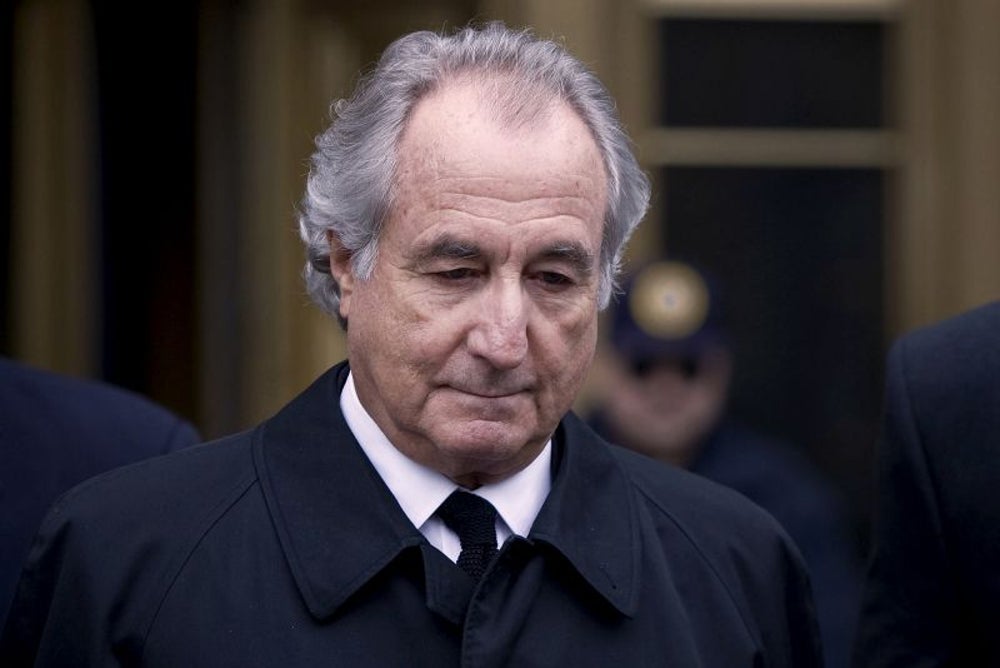 While a list of financial executives who have made their way into the slammer would be quite exhaustive, there’s no way Bernie Madoff could be left off this list. As the founder of a penny stock brokerage that developed into Bernard L. Madoff Investment Securities, Madoff’s name is usually the first thing that comes to mind when you hear the term “Ponzi” scheme. For more than 15 years, Madoff ran the biggest Ponzi scheme in history, stealing more than $64 billion from more than 4,800 clients. A self-proclaimed “fraudster” who turned himself in in 2008, Madoff was sentenced to 150 years in prison. 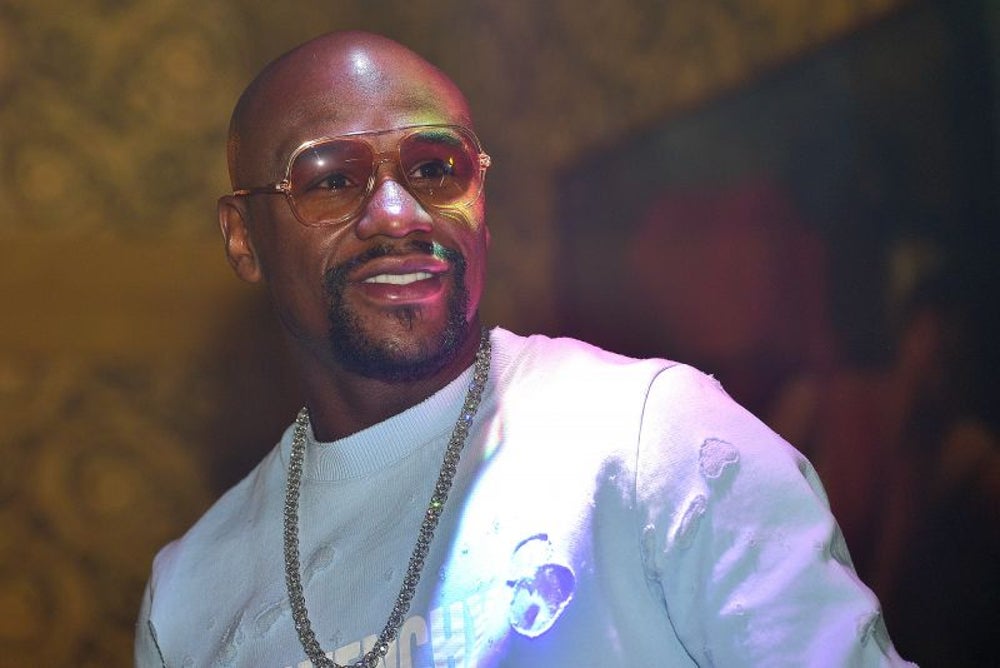 While most only recognize him as one of the country’s top boxers, Floyd Mayweatherhas also had some success in the business pool. In fact, with his company Mayweather Promotions and as the CEO of luxury lifestyle brand The Money Team, one might say he’s a pretty savvy businessman. Unfortunately though, like others on this list, Mayweather also spent some of his time behind bars, and for a frighteningly reason. In 2011, Mayweather was sentenced to 90 days in jail after pleading guilty to domestic violence and attacking his ex-girlfriend. He was released after serving two months. 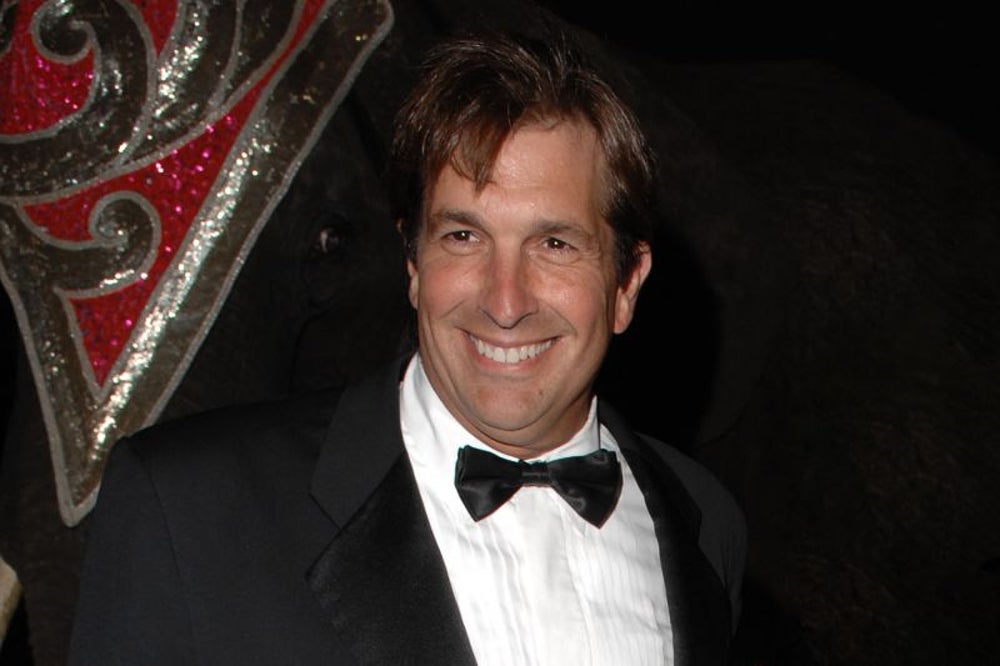 Image credit: Larry Marano | Getty ImagesMultimillionaire polo tycoon and founder of the International Polo Club, John Goodman, currently sits in prison after recently being denied a third trial for his 2010 DUI manslaughter case. Eight years ago, an intoxicated Goodman crashed his $200,000 Bentley into the car of then 23-year-old recent college grad Scott Wilson, who died instantly. Two years later, Goodman was convicted and sentenced to 16 years in prison. 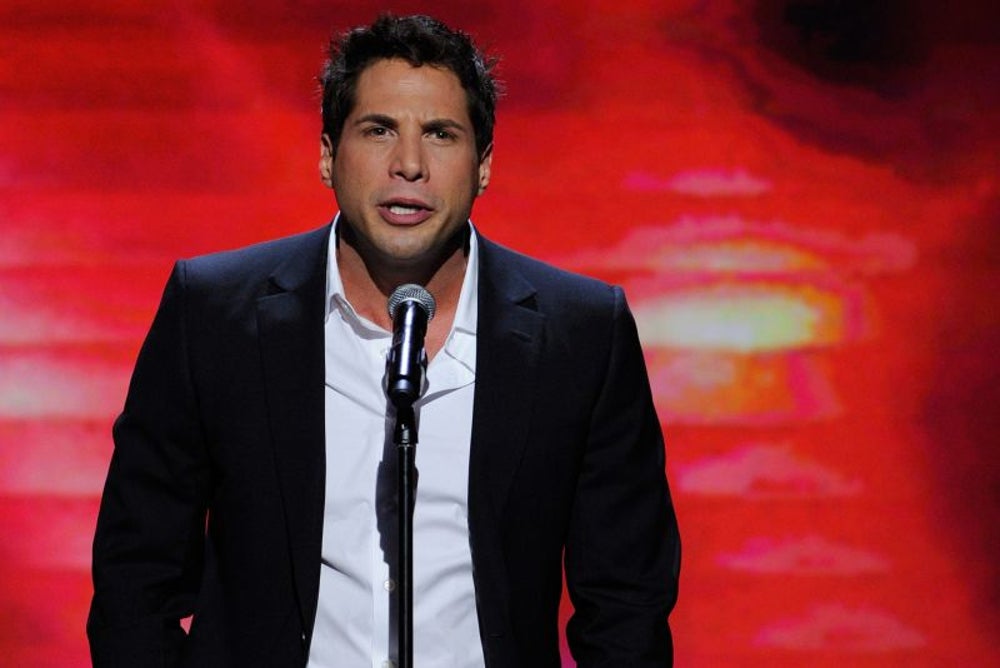 Image credit: Ethan Miller | Getty ImagesUnsurprisingly, Girls Gone Wild creator Joe Francis has made his way to the slammer on numerous occasions. One, unsurprisingly, being related to filming of underage girls. Back in 2003, Francis was sued by seven underaged women for filming them in sexual situations. In 2007, the parties reached a settlement but at the last minute, Francis changed the deal, and was temporarily jailed for contempt of court. Funny enough, it was in his cell when Francis tried bribing a guard $500 for a water bottle that got him in trouble, triggering authorities to search his cell and find sleeping pills. Francis was then charged with bribing a public servant and introducing contraband — cash and drugs — into a detention facility. He served 339 days in prison. In 2013, Francis was found guilty of false imprisonment and assault charges after taking three women home, not allowing them to leave and harming one of them. He was sentenced to 270 days in prison and 36 months of probation. 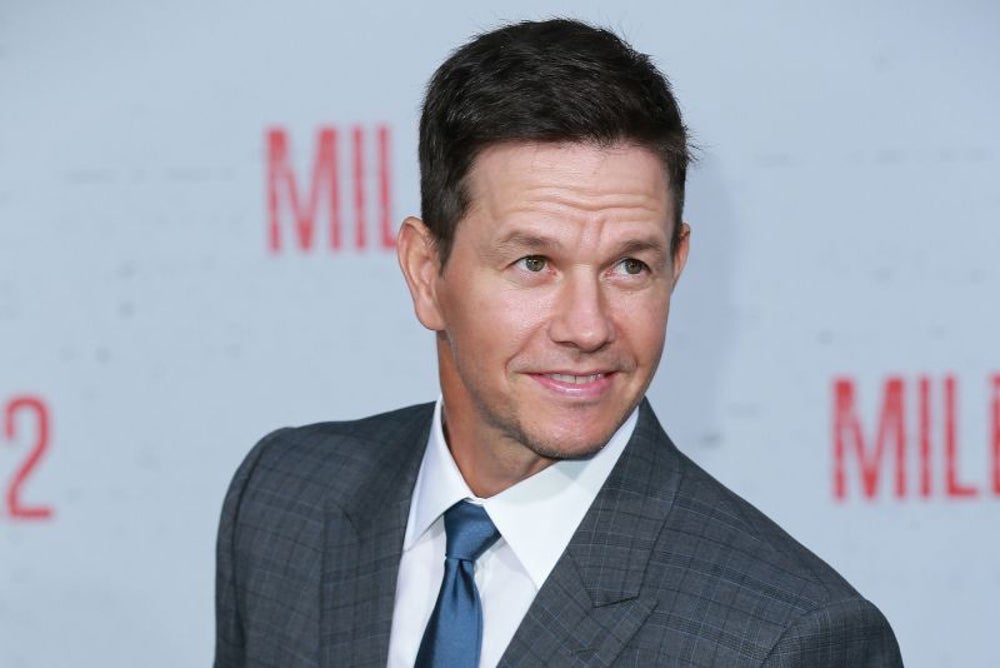 In addition to being one of Hollywood’s top entertainers, Mark Wahlberg is also a big-time entrepreneur, as the co-owner of family-run restaurant chain Wahlbergers, production company Unrealistic Ideas, water brand AQUAhydrate and nutrition company Performance Inspired.

However, before his stint in television or business, Marky Mark was also a jailbird. In 1988, a 16-year-old Wahlberg violently attacked two middle-aged Vietnamese men while yelling racial slurs. These racially motivated attacks put a young Wahlberg right into the slammer. Being charged with attempted murder and pleading guilty to assault, Wahlberg was sentenced to two years in prison but only ended up serving 45 days. 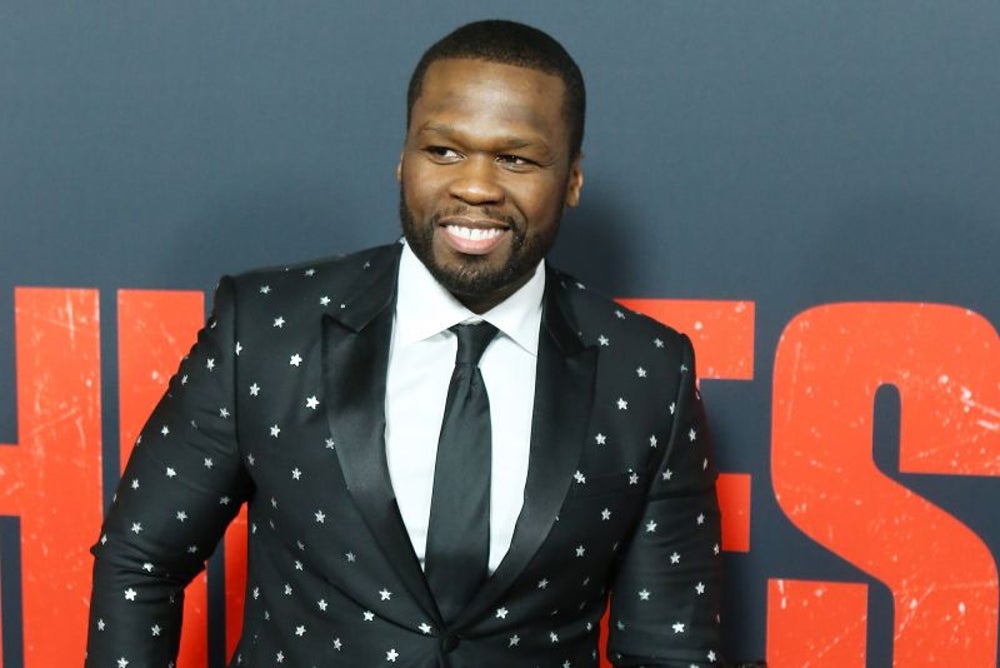 Image credit: Michael Tran | FilmMagic | Getty ImagesFrom Vitamin Water to Effen Vodka and G-Unit Clothing, Curtis Jackson, otherwise known as 50 Cent, is just as known as an entrepreneur as he is a rapper. However, success didn’t come easy and Jackson had a run-in with the law during his youth. Much of Jackson’s childhood was spent dealing drugs on the streets of Queens. In 1994, a 19-year-old Jackson was arrested for selling drugs to an undercover cop. Facing anywhere from three to nine years in prison, Jackson wound up lucky: he ended up spending six months in a boot camp where he was able to earn his GED. 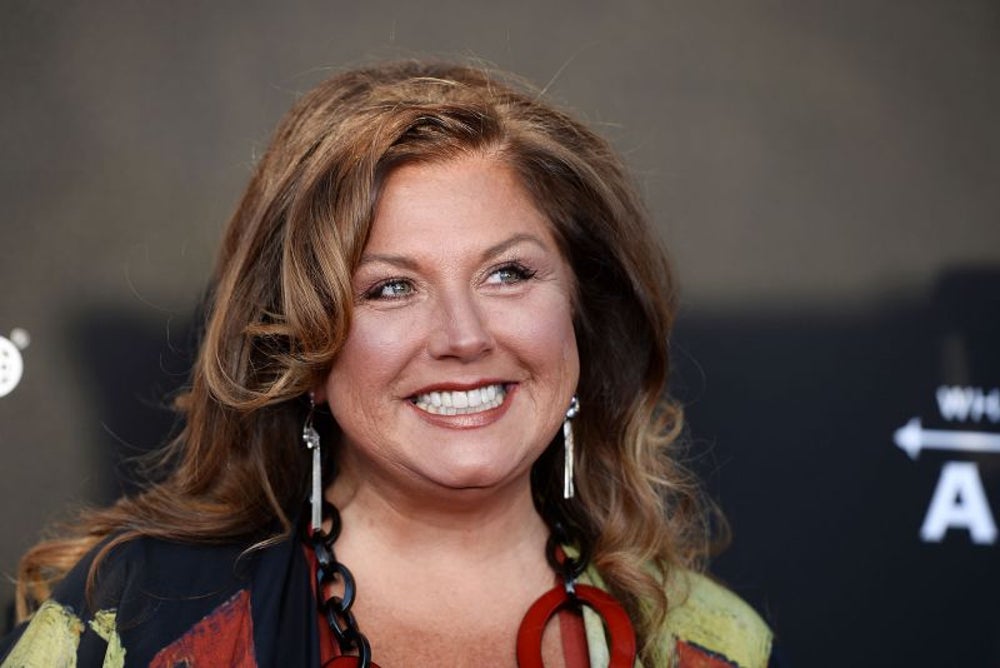 Image credit: Amanda Edwards | WireImage | Getty ImagesWhile you might not recognize the name of her business, Reign Dance Productions, you will recognize Abby Lee Miller as the overbearing dance coach from the reality TV show Dance Moms. It turns out the loud, screaming, cutthroat teacher who helped launched the career of dancer and Sia muse Maddie Ziegler “forgot” to correctly file her TV show earnings to the IRS. Last year, Miller was sentenced to 366 days in prison for bankruptcy fraud and bringing in more than $120,000 of Australian currency without reporting it. Authorities caught Miller trying to hide more than $775,000 of her television earnings when she attempted to file for bankruptcy.