With the rise of the COVID-19 pandemic, global economies faced instabilities and investors were advised to take a step back, yet Egypt, a developing country, was able to thrive.

To invest or not to invest in Egypt has been a topic of interest for foreign investors of different fields. In times of turbulence, the Egyptian economy managed to stay afloat and was titled by the World Bank as “Africa’s Bright Point.” With the rise of the COVID-19 pandemic, global economies faced instabilities and investors were advised to take a step back, yet Egypt, a developing country, was able to thrive.

Addressing the question of “to invest or not to invest” with facts and figures for all interested investors, here are some reliable sources of information from reputable international organizations that showcase the success of investing in the Egyptian market. According to Bloomberg, Egypt was one of the 10 high growing economies in 2020, and one of the few economies that is expected to record positive growth for 2020 and 2021. The International Monetary Fund (IMF) was able to conclude that Egypt was ranked second in terms of highest economic growth rate by 3.6%, and predicts that Egypt would be the only country in the MENA region to achieve positive economic growth during the current financial year, reaching an over 5% increase.

On a local level, the Egyptian Ministry of Finance’s challenges and achievements report highlighted the reduction of debt to local GDP from 108% in the financial year 2016-2017 to 88% in the financial year 2019-2020. Additionally, in comparison to last year, foreign investment has increased a total of 11%. Having gone up 14 spots in the World Bank’s “Ease of Doing Business” charts in comparison to the past two years, Egypt has proven its readiness to attract foreign investments. Regardless of all the aforementioned promising and positive numbers, Egypt still witnesses gaps in certain industries, which feature a plethora of investment opportunities.

After three years of economic turbulence and political instability in Egypt, from 2011 till 2013, the year 2014 marked the beginning of a new chapter in Egypt’s journey. Egypt laid out the foundation for a bright future ahead thanks to the economic reforms enforced by the government including supporting and encouraging exports, tourism, and foreign investments, the devaluation of the Egyptian pound, adjusting interest rates, changes in legislations and constitutions. While these reforms have started to show their results enabling Egypt to become one of the few countries recording growth despite the global pandemic, they have also created tremendous investment opportunities. 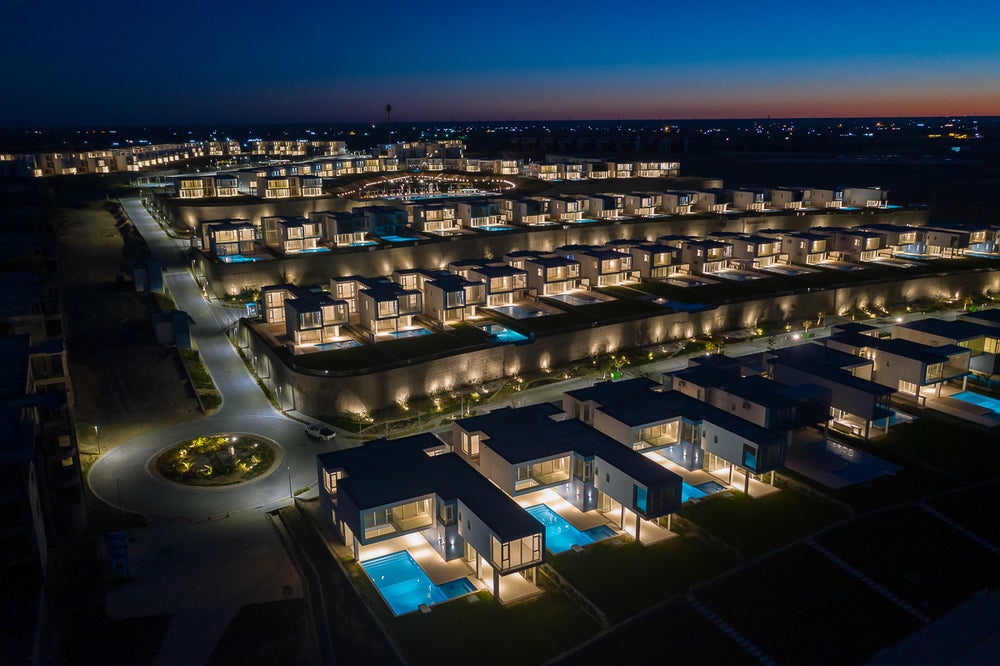 During the last 40 years, the government established 24 new cities in line with its urban development plans. The government established 24 new first, second, and third generation cities- the first, second and third generation cities, which I call the old new cities, are currently accommodating about six million. The plan is for these cities to accommodate a total of 26 million people by 2052.

Under the 2052 strategy , the Egyptian government has set an ambitious plan to expand the urban area from 7% to 14%. Accordingly, they set a goal to develop 37 new cities that will house 30 million people. Currently, the government is in progress of establishing 17 new cities with approximately 85% of their first phases being completed. Both plans are an extension of one another and are based on projections that by the year 2052, the Egyptian population will reach 160-180 million people, depending on the annual population growth rate.

So, looking at them together, the first, second, third, and fourth generation cities will house around 56 million individuals by 2052. Egypt’s urban development plans are definitely a breakthrough, because for the first time, the government is taking steady strides on the right tracks to accommodate the rising population growth. Furthermore, as an attempt to ease accessibility to new cities, between 2013 and 2017 the government has invested over EGP1 trillion (US$61.6 billion) in infrastructure. 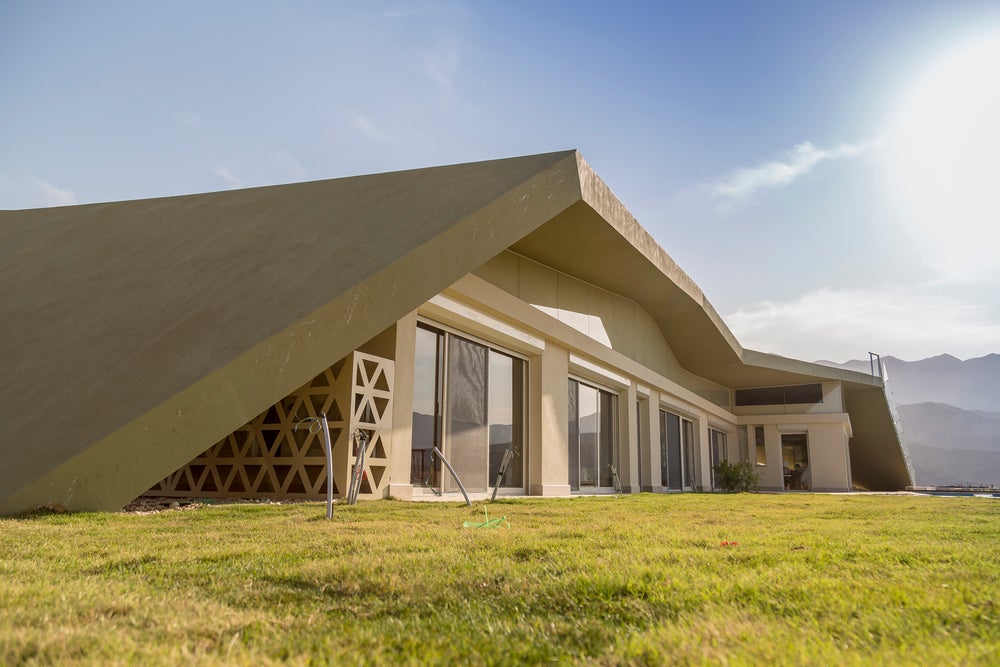 In light of the above, throughout a six-year journey, the company I lead, Tatweer Misr, has prioritized innovation, exceeding clients’ expectations and adding value to the local industry through building sustainable, smart and happy communities. Therefore, Tatweer Misr invested in both residential and non-residential components believing in the importance of non-residential investments, and how they create the life within any real estate development, as well as how they act as a triggering factor when it comes to the final decision of home-seekers choices.

During the urban planning phase of our projects, we were keen to carefully tailor non-residential components that would act as an economic base for each project. In Il Monte Galala, we have Egypt’s first base camp in cooperation with the renowned adventurer Omar Samra, catering to adventurous individuals, the world’s first mountain-top swimmable crystal lagoon, six hotels with contemporary concepts and different personas, as well as a world class spa and distinctive F&B outlets.

Meanwhile, in Fouka Bay, we created an island life set-up with a swimmable crystal lagoon surrounding most of the units and the 7km-long coastline, with numerous entertainment options and different F&B choices, as well as four hotels with contemporary concepts to cater to different tastes. Lastly, in Bloomfields, we created an interconnected college town with an entrepreneurial educational zone at its heart, entailing an international branch campus and six international schools, integrated with the residential, commercial, and retail area around it to create a high-quality life for its residents, while also providing a world-class entrepreneurial education for Egypt and the whole region.

In 2018, the Egyptian government implemented a rigorous strategy to enhance higher education in Egypt, placing it among the top priorities for its 2030 national vision. Within this strategy, the government is working on 22 new higher educational projects to include international branch campuses (IBCs), public, private, and national non-profit universities and technology institutes.

Speaking of the higher education market in Egypt as a young one with great potential for growth, it is worth mentioning that according to CAPMAS, youth aged 18 – 29 make up 21% of the entire population (approximately 20.6 million). However, if we look at the number of students enrolled in different category universities in Egypt for the academic year 2018/2019, they were only 3.1 million students.

In a recent statement, the Egyptian President stated that the country would require an additional budget of EGP400 billion to build approximately 40 more universities to fill the local gap. Furthermore, by the year 2030, additional 11 million seats will be needed in schools. Within these 11 million, approximately 4.5 million will be in private schools, in contrast to the currently enrolled 3.5 million students.

Catering to a population that grows by 2.5% annually, reforms within the educational system were compulsory. Accordingly, the Egyptian government enforced a law regulating the establishment of branches of foreign universities in Egypt under no. 162 for 2018, which came into force in August of the same year. This law aims at facilitating the procedures and licensing requirements for establishing a branch of a foreign university, and enables foreign share in ownership and several incentives. 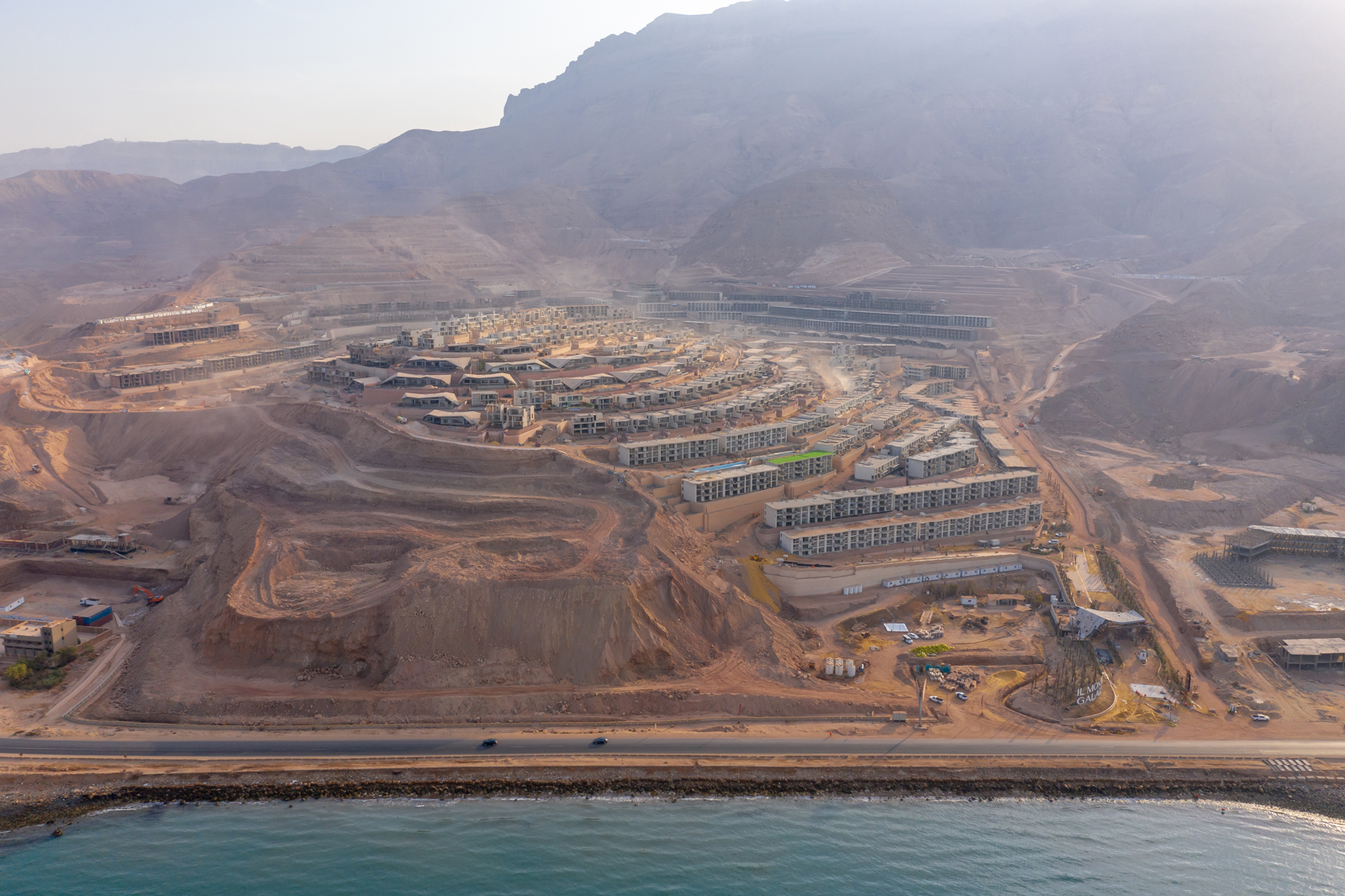 Believing in the high value of entrepreneurship and education, Tatweer Misr aims to enhance the ecosystems that our young calibers would flourish in. Accordingly, our first home project, Bloomfields, has 90 acres designated to become an educational zone featuring Egypt’s first international branch campus, which will host a number of internationally acclaimed universities namely, New Jersey Institute of Technology (NJIT), in addition to, GEN@Bloomfields, which will be the first innovation & entrepreneurship hub in Egypt, the Middle East and North Africa, managed by Global Entrepreneurship Network (GEN). The educational zone at Bloomfields has an initial investment value of EGP10 billion, with part of it also dedicated for six international schools to cater for the needs of every family, with

The year 2019 was fruitful for the tourism industry in Egypt, where it welcomed a total of 13 million tourists and achieved a boom in revenue since 2010 totaling $12.6 billion. 2019 was just the opening gate to years-long of success and prosperity in the industry, given that Egypt would always be an attractive destination for all tourists, especially those coming in from European countries.

The number of tourists will not decrease anytime soon; on the contrary, it is forecasted that numbers will increase given the prime location of Egypt, the cultural and touristic heritage it holds, and its crystal blue beaches that attract both locals and adventurous international tourists.

With all the forecasts mentioned above, it is crucial to have the readiness and the premises to welcome tourists and provide them with the ultimate luxurious experience. Egypt is currently home to over 100 top-notch hotels consisting of over 35,000 hotel rooms. Another 50 hotels are now being developed, adding another 15,000 rooms to the industry.

With all the expansions happening in the industry, additional investments are welcomed and preferred to be able to fill in the gap between demand and supply.

To contribute to such a promising sector, at Tatweer Misr, we partnered with Kerten Hospitality, a division of Ireland-based Kerten, a private and independent investment firm dedicated to creating value and profitable growth in the hospitality sector. Il Monte Galala will be home to a total of six hotels featuring more than 460 hotels rooms and over 190 branded apartments. Fouka Bay would welcome four hotels with over 380 hotel rooms and around 610 branded apartments. 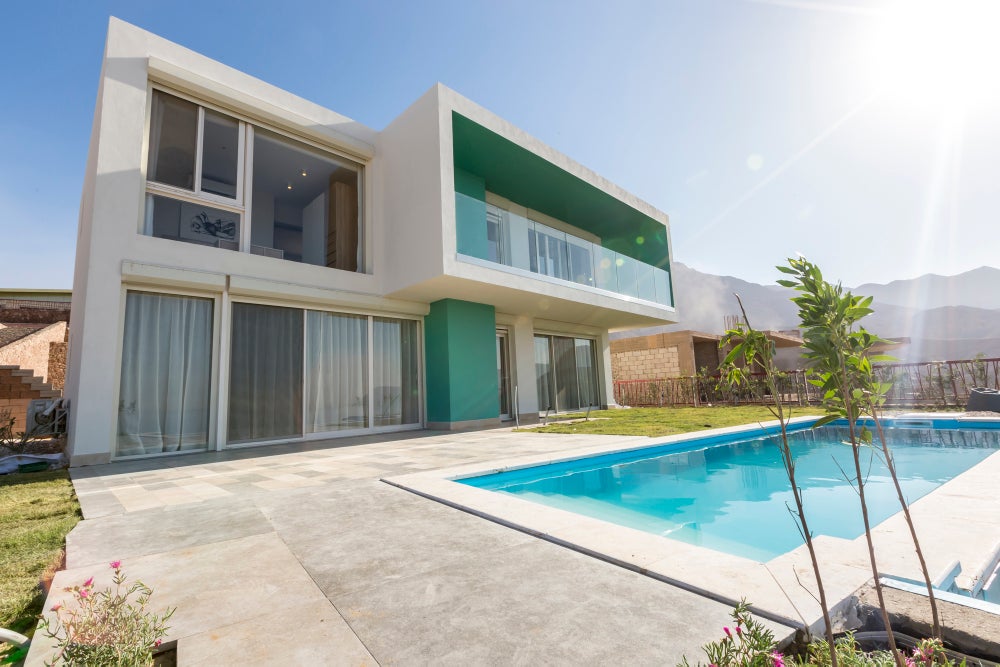 With COVID-19 hitting the year 2020, the hospitality sector has witnessed some uncertainties. With airports being shut down and decreased capacities in hotels, the end-users’ expectations and needs from hotels have been changing, Global trends in regards to hospitality has shifted from the large-scale fancy hotels to more simple modern-looking premises, and for safety purposes, guests are preferring less human interactions and contactless hotel stays.

For that reason, at Tatweer Misr, and through Kerten Hospitality, we were able to offer hotels with contemporary concepts that cater to different target audiences through both hotel rooms and premium-serviced apartments. For example, the House Hotel is a luxury boutique brand that focuses on localized interior hotel designs. Meanwhile, Cloud7 Hotel is a mid-market lifestyle concept, focused on creating a great sleeping and showering experience, does not lay emphasis on the unit size. After all, the time of ground floor lobbies to check-in is over, and it’s being substituted by the growing trend for reception-less welcome areas, replaced by other concept and retail collaborations, thereby sharing and maximizing the use of every square meter to maximize footfall all day long.

On the other hand, the House Residence provides living surrounded by design and offering the comfort of hotel services, elevating one’s lifestyle while reducing time wastage as well. Whether for the long- or short-term, the aim of the brand is to create wholesome communities, through the use of ground floor and rooftop spaces, complemented by other services.

The Egyptian government is on the right track through its economic reforms to fill in gaps that are present in many crucial sectors such as that of education, hospitality, and healthcare. This is welcoming foreign investments to supply and aid with the growing demand, given the 2.5 million average increase of population per year. With a prime location and an attractive investment climate, Egypt is writing its future, ensuring success for all.